Cell Phone Java Bodhi Svaha consists of audio by Evan Chambers and video by Andy Kirshner. The piece is based on three poems by Chambers, and takes the form of a digital poetry reading, or a suite of two-minute Buddhist commercials. The first movement plumbs the depths of wisdom present in a small squeak-toy Buddha that holds a cup of coffee in one hand and a cell-phone in the other. The words "Bodhi Svaha" in its title are a variant of "Bodhisattva," which refers to an enlightened one who labors tirelessly for the benefit of all beings, even those of us who drink too much coffee. The second movement is based on the form of the koan, which is an unsolvable question posed in meditation practice, and the third movement describes a moment of realization while speeding down the highway. Hamtramk, the town mentioned in the poem, is a notable community in the Detroit Metro area. Voices: Evan Chambers, Andy and Eli Kirshner, and Andrea Reinkemeyer. Drums: Michael Gould. Bass and guitars: Alex Miller. Studio engineer: Chris Konnavoliv.

Andrew Kirshner is a composer, performer, and media artist. He has received three fellowships from the NEA, numerous commissions, and an award from the American Academy of Arts and Letters. He holds a DMA in composition from the University of Michigan, where he is an Assistant Professor in Music Technology. His works include An Evening with Tony Amore: a musical tragicomedy for jazz orchestra and soloist, and Who It Is: a one-man musical about race. 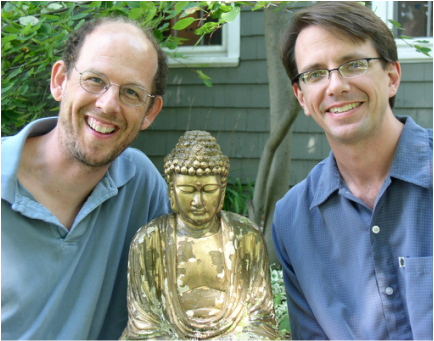